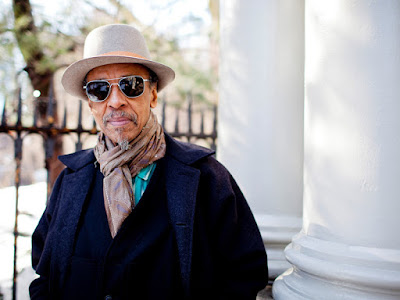 Henry Threadgill, a saxophonist and flutist known as one of the most original composers influenced by jazz, has been awarded the 2016 Pulitzer Prize for Music for his recording In for a Penny, In for a Pound.
The jury described the piece as a "highly original work, in which notated music and improvisation mesh in a sonic tapestry that seems the very expression of modern American life." The recording was released as a 2-CD collection on Pi Recordings in 2015, and was listed among the Top 10 albums of the year in the NPR Music Jazz Critics Poll.

Improvisation is a part of what I do. I write notated music — there's a balance between notated music and improvisation that occurs. What is notated is what is written, the improvisation takes place, and the composition contains all of it. That's what I do as a composer.
I'm happy that the Pulitzers' views have gotten broader, and seen fit to give me this award. Myself and others who have been working outside classical music — the rest of the artists in the United States, in North America, have been creating art for a long time, and sometimes it doesn't fall under the rubric of so-called classical music. Nonetheless, it is just as creative, and it is important. The Pulitzer Prize has made a major statement, in recognizing my work and others', that they have a bigger picture of creativity. Because that's what we need as a country and as an artistic community, is to have everything recognized.
(Read the full article)


In for a Penny, In for a Pound is the latest installment in saxophonist/ flutist/composer Henry Threadgill’s ongoing exploration of his singular system for integrating composition with group improvisation. The music for his band Zooid – his main music-making vehicle for the past fourteen years and the longest running band of his illustrious forty plus-year career – is no less than his attempt to completely deconstruct standard jazz form, steering the improvisatory language towards an entirely new system based on preconceived series of intervals. His compositions create a polyphonic platform that encourages each musician to improvise with an ear for counterpoint and, in the process, creating striking new harmonies.