Freezone 1 • The Phenomenology Of Ambient 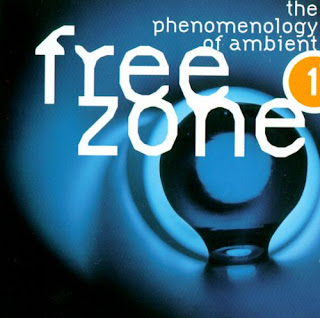 Reviewed by Mike G
What Instinct Records and Silent Records ambient compilations from the same era did for techno and trance, Freezone did for downtempo lounge, house and groove music.
Actually, "dance" sounds rather obsolete in the face of the breathtaking eclecticism and downbeat vibes of these sprawling double-CD sets. The inserts are peppered with calls to arms for the quiet revolution: "lie down and get down", "return to unreason", "trip on, chill in, dub out". This is lounge music for the dance generation, born of clubland but designed for the couch, using a mix of electronica and live instrumentation to sample, twist and transform sounds drawn from sources that span over 50 years of contemporary music. Beat music as ambient? This series proves it beyond a doubt.
The compiling was overseen by Paris-based spinner and broadcaster DJ Morpheus from exclusive tracks by artists from all over Europe, the UK and the USA. The albums explore seemingly endless variations on downbeat funk and soul, atmospheric drum 'n' bass, cheesy lounge music, ambient techno and psychedelic, dubby jazz and hip hop grooves. Vocals pop up occasionally, but they're mostly there for textural and timbrel effect. Freezone does share some qualities with Cafe Del Mar, that other much loved series of post-rave chill-out albums, but there is also some distinct differences. While the latter tends to be drenched in smooth, mellow sounds and reverb, the Freezone series explores beats somewhat more insistently and there is more variety of mood. Right next to some of the prettiest, sweetest grooves imaginable you might find weird, angular melodies, creepy undertows or unusual time signatures.

Each individual album covers so much ground that it's best not to generalise too much, but they do develop their own personalities over time. The Phenomenology Of Ambient (1994), while excellent, is the black sheep of the series: DJ Morpheus was not involved; it has an often deep, beatless ambient feel; and many of its tracks (Pete Namlook, David Byrne, Moby) are previously released. Variations On A Chill (1995) and Dangerous Lullabies (1997) are the most melodic, with a deliciously dubby flavour and a swag of basslines and deep house grooves to die for. The Radio Is Teaching My Goldfish Jujitsu (1998) and Fourth Person Singular (1999) emphasise an meeting of jazz, soul and electronica that is sometimes astounding. Horizontal Dancing (1996) is the most beat-orientated of the series; its best tracks arrange breakbeats  - particularly ambient drum 'n' bass - with melodies from vibraphone and electric piano with sublime results.
Freezone 7: Seven Is Seven Is (2001) is the only disappointment in the series. Well-formed grooves and melodies are in short supply and it's also marred by some rather conventional vocal numbers. Perhaps not coincidently, it turned out to be the final release and Freezone was no more.