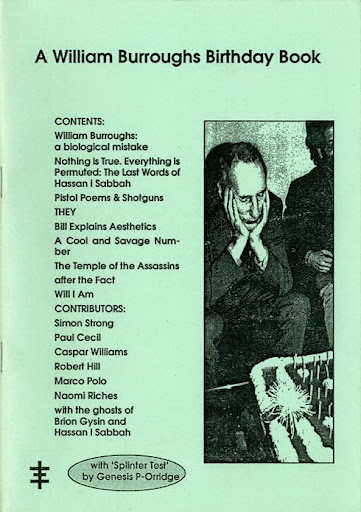 I found this doing a clear out some years back a couple of months after Burroughs birthday and thought it would be a good idea to scan and post in time for the following year but just plain forgot. I would come across it from time and then forget about it again…anyway I’m on it this year round.
I bought this after the event from a underground mail order book distribution catalog called counter culture(?) pre internet days.
I haven’t read this since 1994 but had a quick scan through it whilst scanning, some interesting stuff within.
Counter Productions were a great source for finding unknown, weird and fringe gems, most of which I’ve kept and will scan and post if I find the time.


A William Burroughs Birthday Book was produced to coincide with an event promoted by Catherine
Lupton and held on 5th February 1994 in Brighton, the 80th Birthday of William Burroughs.
The event itself in many ways mirrored Burroughs' own approach to literature and art, being a
random coming together of discrete connections that were collaged into a 'whole'. Alongside video
and sound-bites, numerous artists, writers and performers presented their work...
The only criterion was that the presentations should in some way be appropriate as a gift to Mr Burroughs.
The event was a sell-out, the dreamachines flickered into the night, and Dr Benway even
performed an appendectomy to thrill the crowds!
The booklet proved to be extremely popular. The following pages give just a flavour…WSB
• permuted • 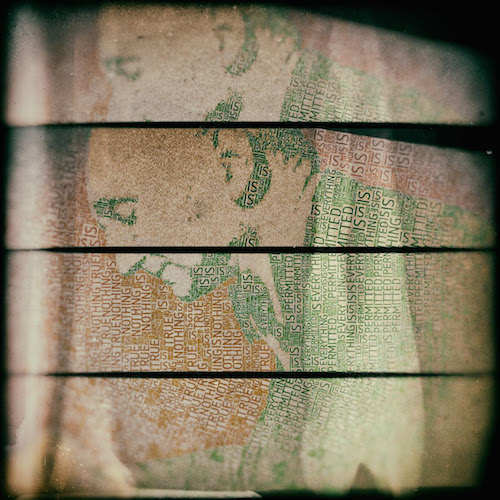