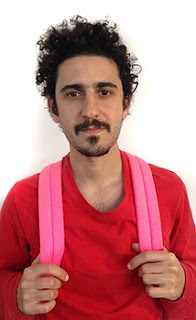 Thiago Nassif is a musician, composer and music producer.
After graduating in sound engineering and record production he became active on the independent music scene in São Paulo, improvising in clubs,galleries and art installations. Thiago’s sound research often investigates the visual aspects of sounds or the visual sensations that sounds generate. In 2009 he released his first album called “Garçonnière. built around audio collages and produced by Rubens E. Santo, an artist and art teacher. In 2011 Thiago released his second album “Práxis” acting as his own musical producer. For this record he gathered a supporting cast including musicians, painters, sculptors and architects, who each brought their own perspectives and techniques to the record. His third album,called “Três, strikes a balance between lyrical tunes, electronic music and noise, and is produced by Arto Lindsay.