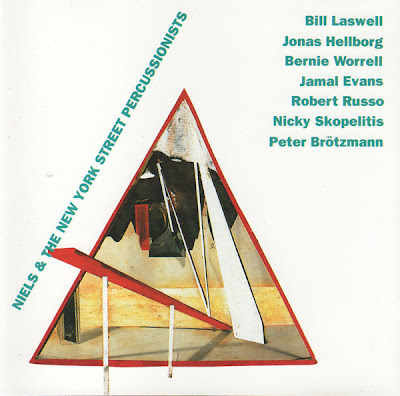 com·plet·ist
[kuh m-plee-tist]
a person who attempts to complete a collection or set,
especially a collector who wants to collect an example of every item in a particular field:

The idea of the com·plet·ist series was to post rare or hard to find Bill Laswell releases but now Laswell is re-releasing his back catalogue himself via bandcamp this series will  probably come to an end even though I haven't been posting much lately anyway. Not a big fan of the corporate approach i.e. not giving original release dates and changing the covers that give the impression that the releases are new music. Yoko Yamabe gives Laswell's reason here.