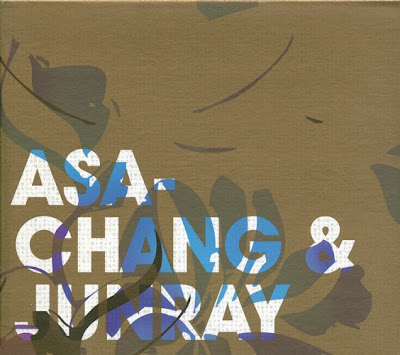 Asa-Chang started to make career as a percussionist and a bandmaster of the Tokyo Ska Paradise Orchestra in 1989 with a multiplied openness to all kinds of genres and approaches. In 1998, Asa-Cang started Asa-Chang & Junray as a duo with guitarist / programmer, Hidehiko Urayama, with a first album “Tabla Magma Bongo”. In 2000, a third member joined the band, namely tabla player, U-Zhaan, for performing live together. In 2001 they released the mini-album “Hana” with much success, resulting in a rerelease of this album for Leaf and this full CD, with raving reviews.

Asa-Chang plays the Indonesian "Dandud" bongo in a style influenced by the Indian tabla style. This original idea came also from Indonesia. In Jakarta there exists a contemporary style of drumming called "Dandud" based upon the playing of tabla.

Other member U-Zhaan has spent some years studying tabla and Carnatic South Indian kanjira drum under the tutelage of percussionist V. Selvaganesh. The new technique they present in the group is completely new. It has elements and ideas of Indian vocal percussion duet with tabla. A few times I also recognized some Indonesian communicative rhythmic singing patterns too. Here it becomes a tabla-over-normal-speech style. In our modern commercialized music business times, where the still primitively minded hip-hop style is over-promoted, now this is what I call a thoughtful vocal percussive and musically interesting communication area with vocals and rhythms.

But this is far from a percussion driven album..