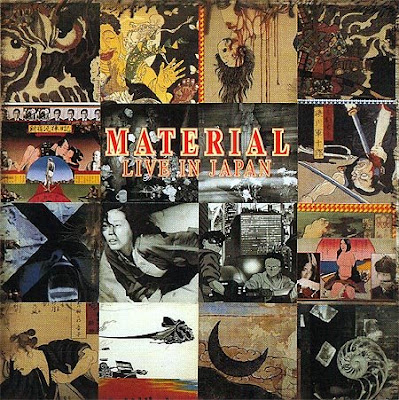 As requested by hideo

the album toyz with elementz of jazz, rock and world fusion and features creator has a master plan originally by pharoah sanders from the album karma. pharoah's is a bit longer at 23:00 min and has lion thomas on awesome vocalz and is one of the most psychodelic songz ive ever heard, this one is a bit scaled down dut the effort is flawless. this is the best foday album ive heard yet even better than possesion and his solo stuff. my only complaint is that nicky's playing is verry light with just bitz of accentz but he is quite know for doing so on several occasionz, but he is still amazing as usual. and anyonw who knowz of gingers work will not be dessapointed he still tarez it up and his song with aiyb is a drumerz dream hearing two of the best percussionist on earth together. before i had bought this i thought scence it was 92 it was older and kinda outdated and more like massacre but thatz not the case, you wouldnt tell when this was recorded the sound is so goo you wouldnt even be able to tell itz live. all in all 1 of the best live albums ever lotz of different elementz of jazz dub and african mellodyz. not to be missed by anyonw who even likes 1 of the mussicians and a must have for any laswell fan.
yajdubuddah on Amazon.com