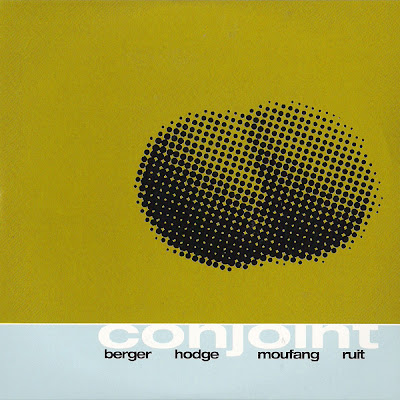 Fusion. Electronics and soloists. Bridging generations.
Vibraphonist Karl Berger born In Heidelberg/Germany, started his career in the late fifties. In the early sixties he moved to Paris where he met Don Cherry. After touring europe with Don Cherry in '65 he moved to New York where he established himself as one of the top vibraphonists in the Avantgarde Jazz scene.
He recorded with musicians like Ornette Coleman ("Symphony for improvisers", Blue Note ) and Lee Konitz ("Duets" , Milestone ) aswell as releasing several albums as bandleader for Milestone (with Ed Blackwell, Dave Holand, Jim Hall......) and other labels.
Later he worked with Bill Laswell and George Clinton (including string arrangements for "Material" albums (axiom).

Guitarist Gunther Ruit Kraus from Ruit/Germany is living in Heidelberg. With his bands he played most of the major jazz festivals in Europe like Moers, Holland and Frankfurt, Germany as well as countless concerts in clubs throughout Germany.

Jamie Hodge from Chicago released his first record as "Born under a rhyming planet" 1994 on Richie Hawtins legendary "+8" label (Detroit). It became a straight classic.Other releases on "+8" and "Plug Research" followed to make Jamie Hodge one of the most respected artists in the electronic music scene.

David Moufang aka Move D, co-founder of Source Records, released several solo projects like the electronic-listening classic "Kunststoff" on Source Records, a 12" on Warp Records and"Solitaire" on Fax Records.
He also worked in several colaboration projects such as "Reagenz" (with Jonah Sharp aka Spacetime Continuum), "View to View" (with Robert Gordon), "Koolfang"/"Move D & Namlook" (with Pete Namlook) and "Deep Space Network" (with Jonas Grossmann).
He is the grandmaster of smooth and groovy techno. 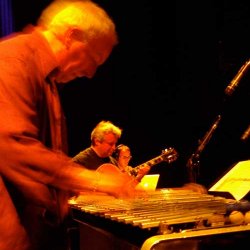