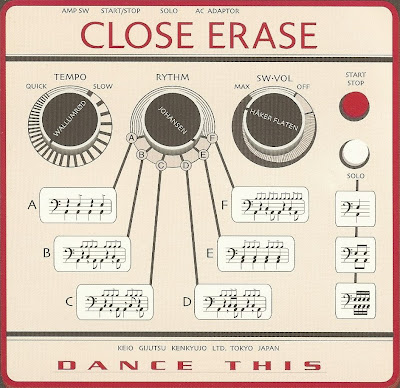 Close Erase turned electric on their third album, Dance This (Bp 01010). Together with producer Reidar Skår, Close Erase released an album which redefines the standards of modern jazz music without compromises. With references to Miles Davis in the seventies, Aphex Twin, Squarepusher and the Norwegian group Supersilent, Dance This appeals to a wide audience, stretching from dark clubs to jazznerds headphones. The album has received reviews comparable to standing ovations by most critics, including highest rating by Norwegian critic Terje Mosnes (Dagbladet).