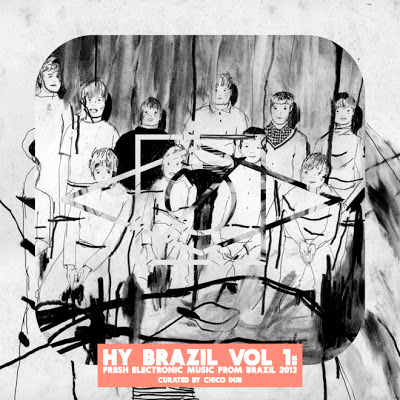 Listening and enjoying vol.1 while putting this post together. Since being exposed to the musics of Brazil since the early 80's from Batacudas, Bossa Nova, Tropicália, Olodum, Timbalada, even briefly playing the surdo drum in a Maracatu bloco band in the early 90's (I wasn't that good but I did introduce the band to the Sergio Mendes track "What is This?" which we rip off and played out).
Anyway I will post most of this stuff in the near future. Back to this post of two free downloads of new Brazilian artists curated by Chico Dub, which I stumbled across via Technocumbia blog.
I drop in and out of discovering whats coming out of Brazil and hadn't a clue whats been happening for a time so this is welcome awakening for my ears. You can also read an interview with Chico about the albums and artists on Spin here.

Hy Brazil Vol 1: Fresh Electronic Music From Brazil 2013 gathers 14 tracks from 14 new “Made In Brazil” electronic projects. Most of these artists have been into musical production for only a very short period of time. The age group is also quite low: many are in their early 20s. Other common factor is that almost none of them are signed with record labels. Besides that, their Soundclouds and Bandcamps are updated on a weekly basis with new tracks available for free download.

Some of the artists are more well known locally, having played at festivals such as Sónar São Paulo, Eletronika and Novas Frequências, like Pazes, the beatmaker from Brasilia and Psilosamples, a producer from Minas Gerais who blends traditional folklore music with techno and IDM. Not to mention Rio’s Leo Justi, who recorded an official remix for M.I.A. and has done beats for her new record as well. 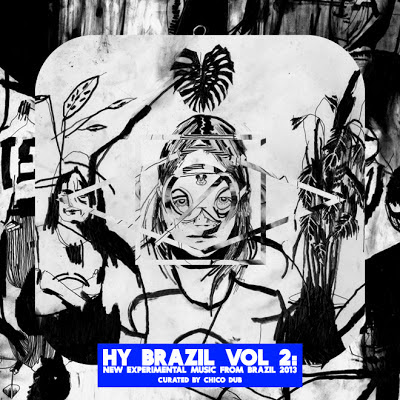 Much more interesting than joining them in groups for reasons of aesthetic affinity (musical genre) or geographical frontiers (six Brazilian States were included in the compilation), is to point out several points in common that they establish among themselves. 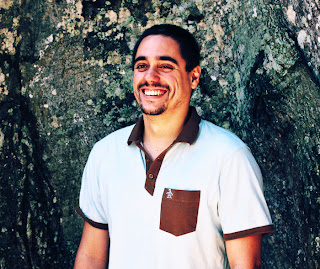