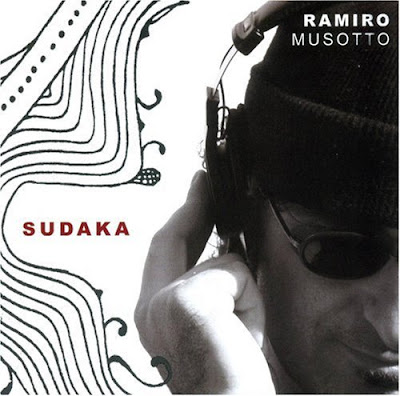 Argentine master-percussionist Ramiro Musotto was born in La Plata, grew up in Bahía Blanca and at age 18 moved to Brazil, where he spent most of his professional career, although he made frequent trips back to Argentina. In Brazil, he lived in Sao Paulo, Bahia and Rio de Janeiro.

Since 1982, Ramiro Musotto explored the rhythms of Brazil and became a master of the berimbau. In his recordings, he used the instrument as percussion, melody, and with background loops. Ramiro started with pumped-up versions of Afro-Brazilian grooves, but later added multiethnic global music, with elements from Africa, South America, Asia and Europe.

Sudaka was his debut album and combined his field recordings of Amazon Indian chants, Candomble spirit rhythms, Brazilian percussion, and everyday street sounds, all layered over a percolating electronic dance-groove production. Musoto called it “a psychedelic trip throughout and into the Afro-Brazilian and South American culture; an optimistic way of interpreting the effects of technology in our everyday life and art.”